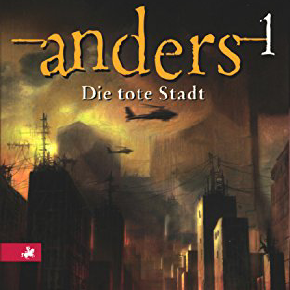 david
/
anders
Watch 0
Star 1
Fork 0
Code Issues 0 Pull Requests 0 Releases 0 Activity
A book series by Wolfgang & Heike Hohlbein, translated from German to English by me
latexanders
You can not select more than 25 topics Topics must start with a letter or number, can include dashes ('-') and can be up to 35 characters long.
78 Commits
1 Branch
1.1 MiB
TeX 99.7%
Shell 0.2%
Other 0.1%
Branch: master
master
Branches Tags
${ item.name }
Create branch ${ searchTerm }
from 'master'
${ noResults }

A book by Wolfgang & Heike Hohlbein, translated by me.

This is a work in progress.

Current stage: First draft. I’m just going through and translating it as best I can without reading over it too much. I’ll make sure the sentence makes some sense, but it isn’t gonna be perfect. I’ll need to go over it multiple times later anyway.

You can find all the PDFs here, that's updated automagically

When they make an emergency landing in a secluded valley, Andrew and Nick encounter an eerie ruined city with no signs of life. Instead of a rescue party, men clad in black HAZMAT suits show up and without warning they open fire. On the run from them Andrew runs into the mystifying Katt, who brings him to the beast folk on the other end of the city, but they aren't exactly exited to see a human...